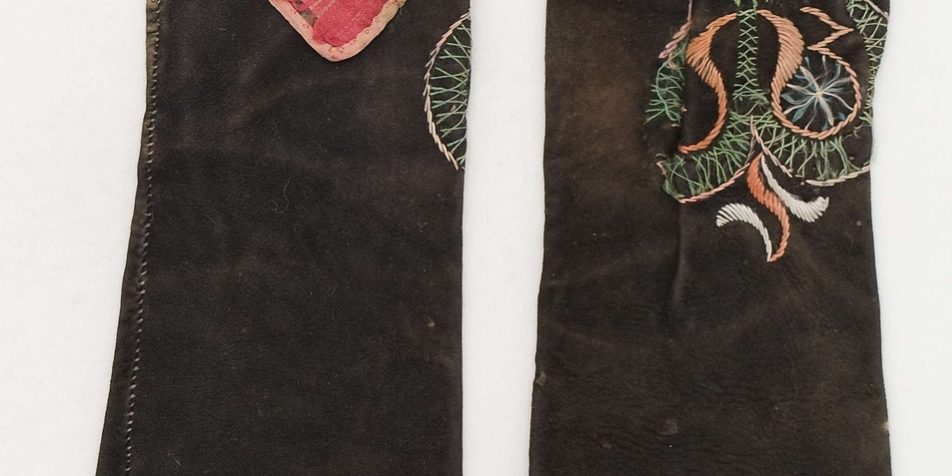 A while ago I made a pair of regency mitts. They were intended for an event last spring which I didn’t manage to attend as I went to Florence with my Chamber Music Orchestra instead. The mitts were the only thing of the ensemble that I managed to get finished, but I’m well on my way to produce the rest of the regency outfit as it is now. My goal is to attend the same event this year instead.

They are known from several regions in Europe, as well as Sweden. According to Berit Eldvik (an expert in Swedish “folk” fashion), the style is sometimes called “klaffhandskar” in Sweden, and the term is known from at least 1759 (see link in first photo below). The style is more or less the same in the Regency period, which means that the mitts are functional for a wider time-span than the intended one.

My mitts are made of a reddish-brown woolen twill, cut on the bias to fit snugly. They are stitched with a backstitch for both elasticity and duration, and the seam has then been felled to one side for extra strength. At the elbow there is a slit to accomodate for more mobility.