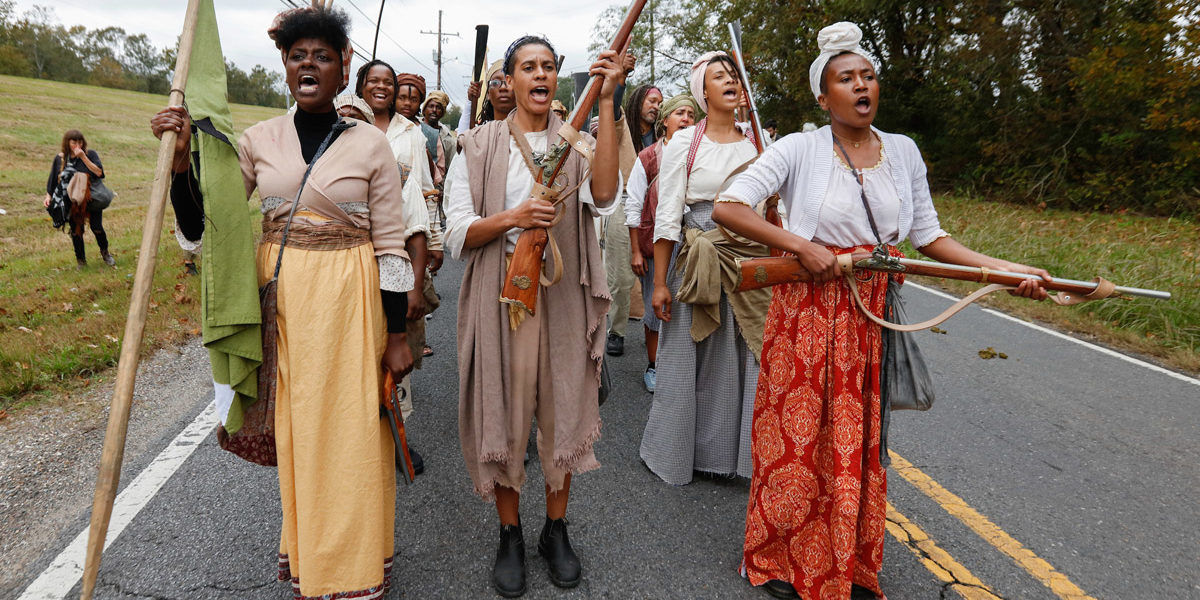 Slave Rebellion Reenactment is a community-engaged artist performance and film production that, on November 8-9, 2019, reimagined the German Coast Uprising of 1811, which took place in the river parishes just outside of New Orleans. Envisioned and organized by artist Dread Scott and documented by filmmaker John Akomfrah, Slave Rebellion Reenactment (SRR) animated a suppressed history of people with an audacious plan to organize and seize Orleans Territory, to fight not just for their own emancipation, but to end slavery. It is a project about freedom.