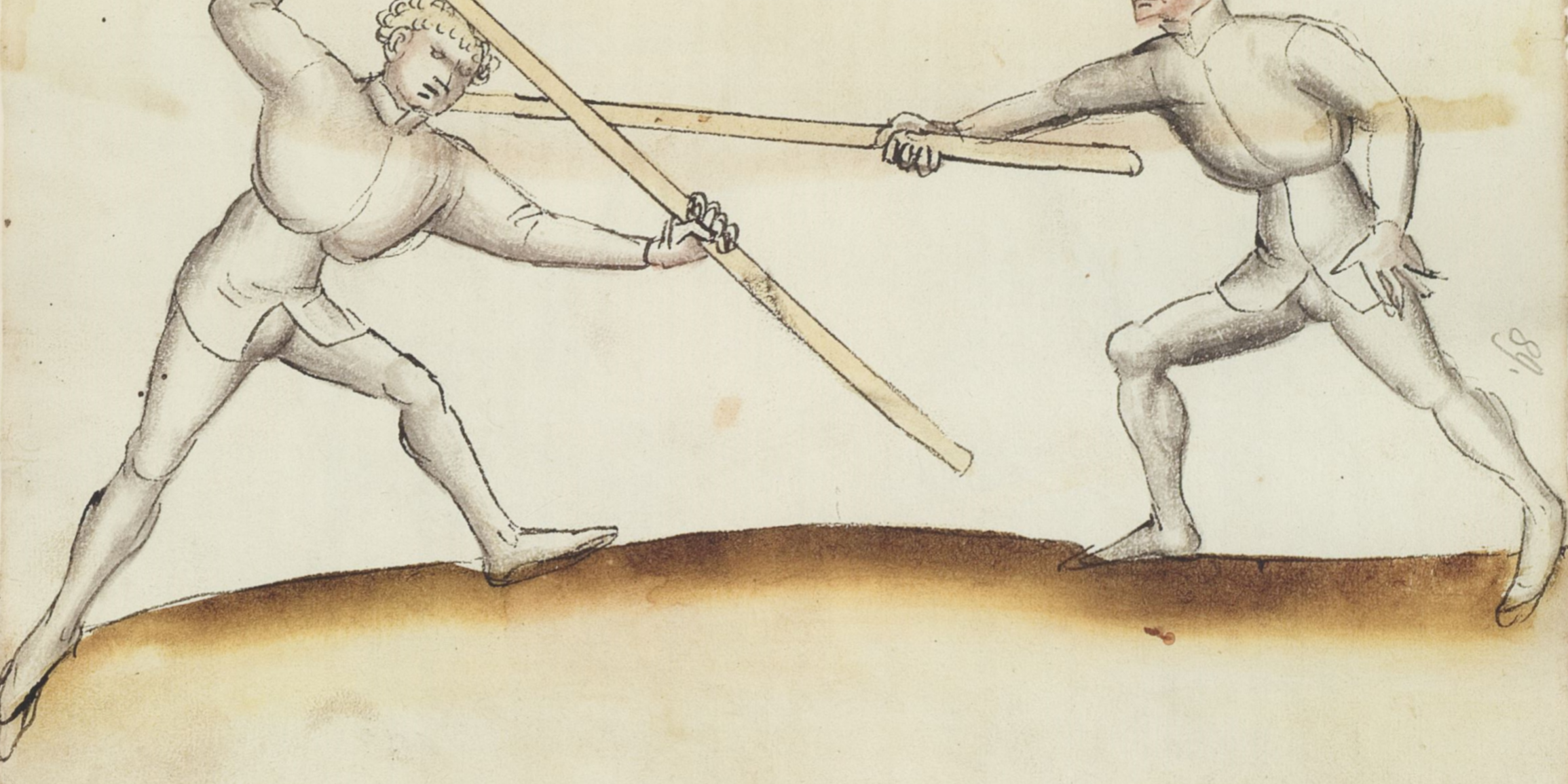 This is the justification a certain well-known but severely misguided HEMA interpreter to apply longsword striking techniques to the spear, which drives me pretty insane.  It just wasn’t done with spears, but a certain sector of the HEMA community just loves the ideas of taking techniques from one form and applying them to a different form the way Fiore sometimes did. Sigh.

One of the reasons spears weren’t used for striking is that the spears were tapered, as you can see in this (and almost every other) spear pictured in the Fechtbücher:

I don’t want to go too deeply into why they were tapered, but the short version is that by tapering the shaft you balance the spear against the weight of the spear head.

The problem with striking with a tapered spear is that they are therefore thin near the point at which you’re striking, and so are extremely likely to break.  And yet, there are those plates in Talhoffer, mocking what I thought I knew and understood (and justifying that HEMA fellow in his making up of nonsense techniques).
Continue reading on Talhoffer blog
Categories: Accesories, Arms and armour, HEMA, Hydepark, Melee weapon, Polearms, Popular themes, Post type14 sierpnia 2019
Share this post
Share with FacebookShare with TwitterShare with PinterestShare with WhatsApp