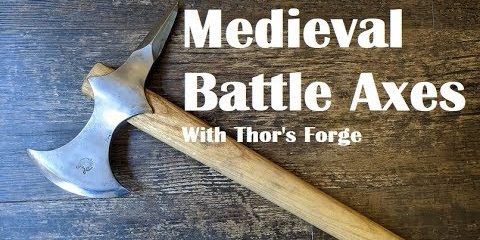 Battle axes, of the one-handed variety, were popular from the Viking era onwards, but with the addition of rear spikes and other adaptations they saw a resurgence of popularity in the heavily armoured periods of the middle ages, particularly from the 13th century.
Thor’s Forge: https://www.facebook.com/Thorsforge/