What was it like to travel during the Middle Ages? Part 1: Going by Road 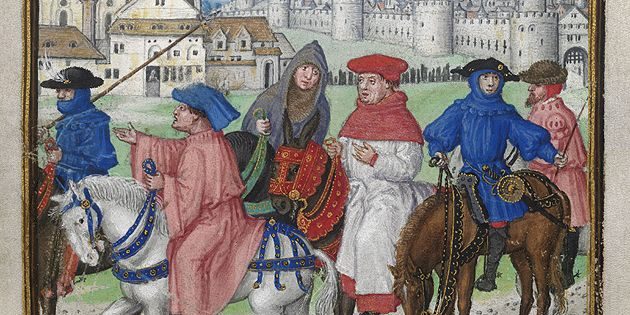 The Middle Ages was a world on the move. Sometimes this could mean actually picking up your whole life and moving it to another place—a “sometimes” much more frequent than traditional accounts of serfdom and feudalism would have it.

For example, teenagers from the countryside sought work in cities to make themselves more worthy marriage partners. Indeed, because the increased mortality rate of pre-modern towns made them “population sinks,” city growth *necessarily* mean high levels of immigration. Meanwhile, miners in the Schwarzwald had the freedom to decamp to new mines for economic or political or any other reason, and mill workers in England were in steady demand at new locations. Peripatetic (traveling) courts were standard fare throughout most of the Middle Ages. Even when kings or their administration started to settle down, nobles would shift between their homes and the royal court, and princes were often raised at castles they would never see again once crowned.